A Week in Chicago with Fujifilm X-S10

Since I started taking the photography journey more seriously back in 2007, I would never travel without a camera in my bag anymore. In fact I tend to over analyse the gears that I need to take with me and oftentimes I carry a bit too much!

The last time I visited the windy city back in 2016, I was lugging around a heavy bag with a full frame DSLR, a few lenses, a flash, a backup mirrorless camera and a tripod. A whooping 7kg Bag!

Towards the end of 2018, I acquired my first Fujifilm camera the X-T2 and I have managed to collect a few Fujifilm gears since then. But during my previous trips since owning my first Fuji camera, I would still carry my canon Full Frame camera with me but for this recent trip to Chicago, I decided to take just one Fujifilm camera and a few lenses.

I find it always a challenge to decide the gears to pack mainly because I am a 'multi-genre' photographer. I shoot portrait, street, food, landscape, nature, wildlife and architecture which is why I tend to travel with a set of lenses that covers a wide range from ultrawide to telephoto. I also need to pack a fast prime for portrait work (family portrait that is) and of course there's the need to shoot macro!

The main purpose of this recent trip to Chicago was to attend a family event so I had to keep that in mind that I would need to include a lens that's fast enough to cover events in low light and also a lens that could do outdoor portrait work but then I did not want to lug around a 7-kg bag again!

It took me a while to decide which Fuji camera and lenses to pack for this trip but I eventually settled with the Fujifilm X-S10, XF 10-24, XF 35mm 1.4, XF 55-200mm, a 7.5mm 7Artisan Fisheye lens, a Godox TT350F flash, raynox DCR 150, a Sirui Travel tripod, extra batteries and a few circular ND and CPL filters with step-up rings. Sounds a lot BUT overall the set only weighs around 3Kg! It's amazing how I could fit most of what I needed for the day in a small messenger bag instead of carrying a huge backpack all the time. I will share a few images from this trip down below and and also briefly explain the reasons for choosing one over the other. 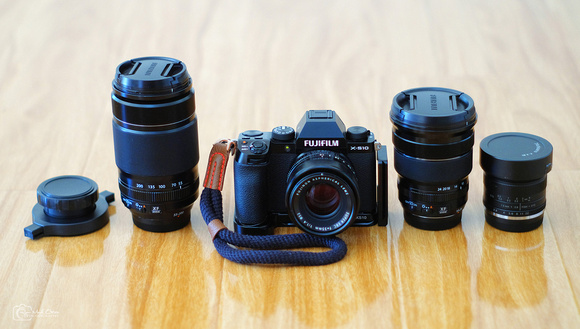 I was initially deciding to bring the X-T2 instead considering that it's weather sealed and has 2 SD card slots but there are several things I really like about the X-S10 besides, non of the lenses I took with me were weather sealed anyway. Main reasons are it's smaller compared to X-T2, it has better grip and it has IBIS. Did I worry about the single card slot? Not at all! I back up my images from time to time within the day into a separate SD card  using a card reader and my phone then when I get home I back up all the images again into my laptop. I also carry a spare empty SD card with me all the time in case the one in the camera fails (fingers crossed). But for my style of shooting, I find IBIS to be an important feature as I use lenses with no OIS.

As an example, the below image while waiting for my train in the subway. I wanted to capture the train in motion instead of freezing it. It's true that the lens OIS did help in this case but for most of my shots taken in museums using fisheye lens, the IBIS did help me take some of my favourite creative shots. 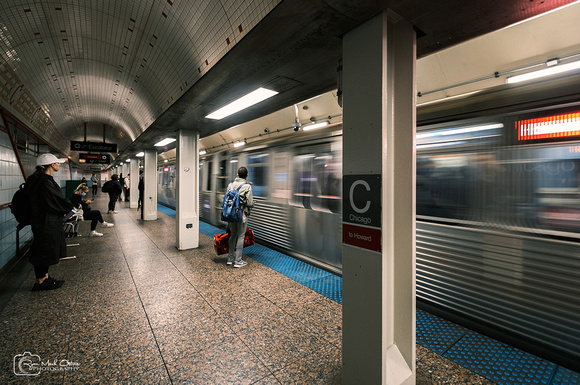 I did mention that I packed a Raynox DCR-150 with me... I owned a few macro lenses as well as extension tubes but I find Raynox is obviously light and small and at the same time very easy to attach/remove compared to an extension tube or closeup filter. Above all, there's almost no compromise to the image quality.

Here are some images taken at Chicago Botanic Garden using the XF 55-200mm lens with Raynox DCR-150. All images were taken using Velvia Film simulation in camera and almost no editing involved in post except adjusting the WB a little. 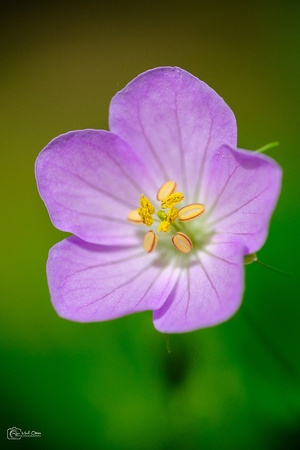 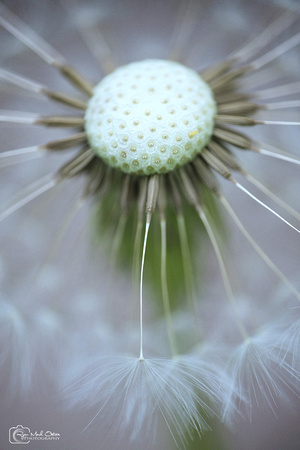 And here's another one zoomed in at 200mm with no cropping done in post processing. In fact this is almost a SOOC image as well. 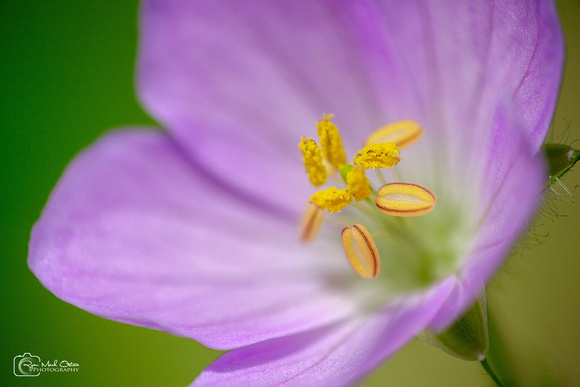 I did mention that the Raynox is way easier to attach and remove! Yes, all you need to do is clip it on the front of the lens. I would have missed the shot below if I was using an extension tube or a closeup filter as it would take longer to remove. While I was busy taking a photo of the flower with the raynox attached to the lens, I saw this Red-Winged Blackbird landing on the branch just in front me and making some noise. I quickly removed the raynox off the lens and fired away! I managed to get a few images before it went off. 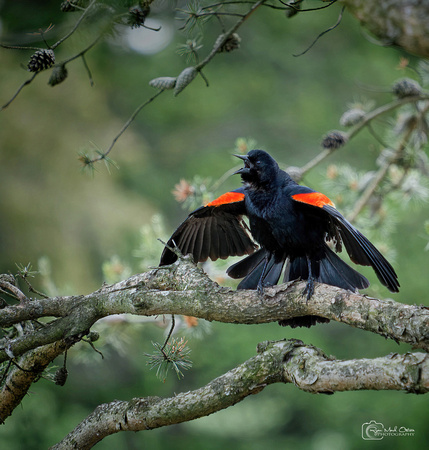 The XF 55-200mm is one of my favourite Fuji lenses. I also own the XF 50-140mm f2.8 but I decided to bring the former with me due it being lighter, less bulky and the extra reach. Surprisingly, there's still lots of Tulips around the Botanic Garden even if it's the last week of Spring when I visited. Some SOOC floral images below using Velvia Film Simulation in camera with no Post Processing involved. How good the colours are out of Fujifilm cameras! 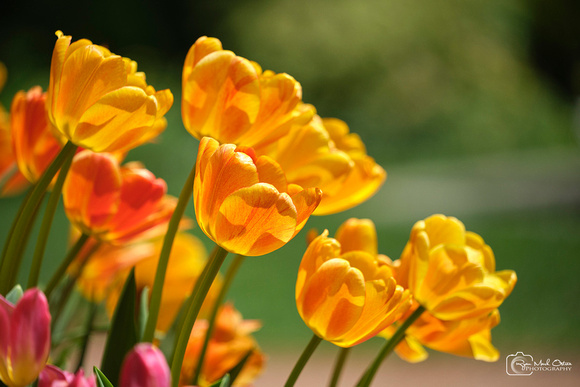 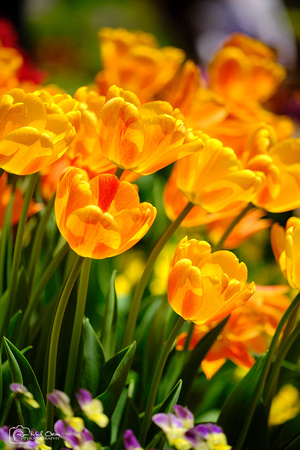 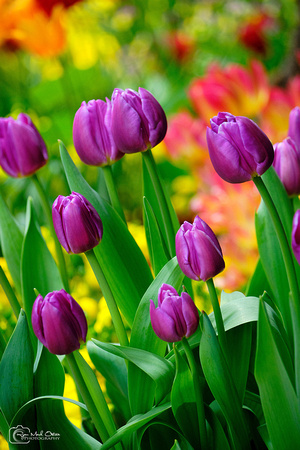 If I am travelling for wildlife photography, I would definitely bring a longer zoom but so far during this trip, I did not feel the need for that extra reach. In fact I still managed to capture a few wildlife images here and there. 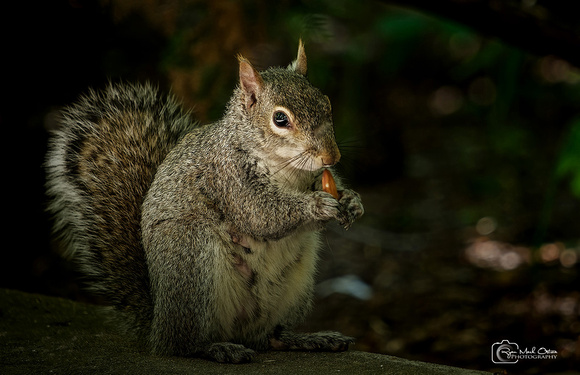 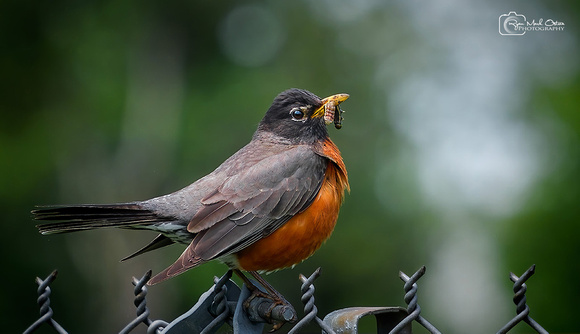 Here's a few more creative images taken with the XF55-200mm. All handheld single shots with very light editing in post to adjust the WB. 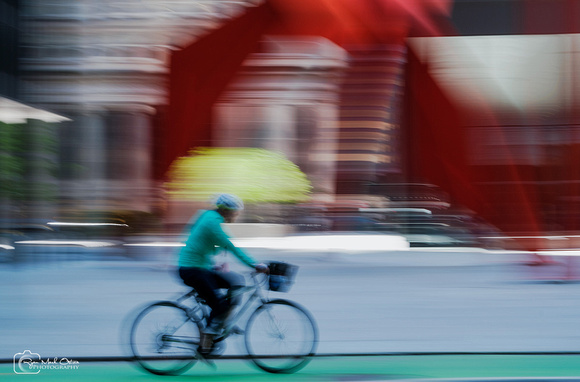 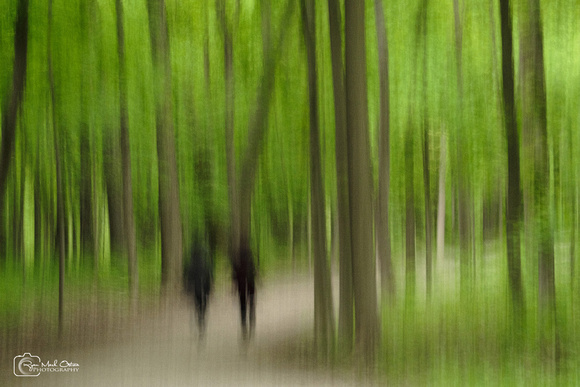 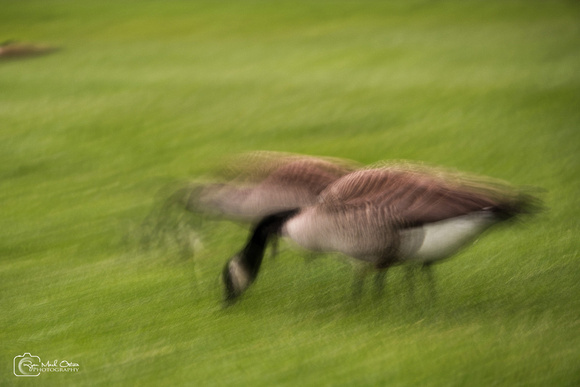 Earlier this year, I acquired a used XF10-24mm non WR lens. I was a bit skeptical about it at first due to a lot of mixed reviews. But I learned to like it and for this trip, it's on my X-S10 most of the time while I was exploring the Downtown Chicago! There's a lot of creative possibilities using UWA. 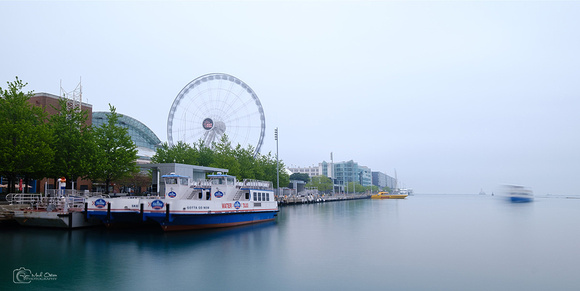 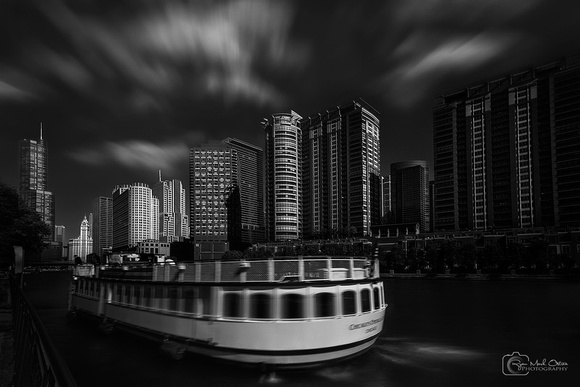 And the visit to Chicago wouldn't be complete without a photo of the Cloud Gate! 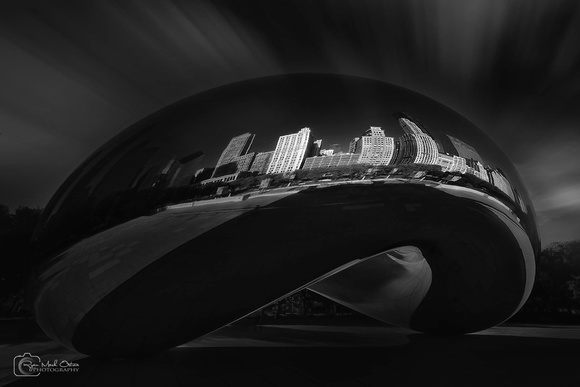 I also had some fun using the UWA for shooting streets...The below is an image taken at the Navy Pier in Downtown Chicago. 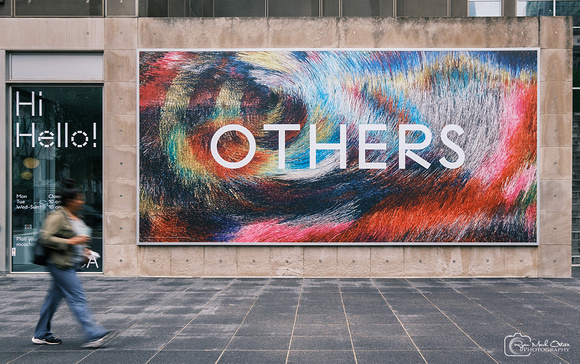 One complain I have with the XF 10-24mm is it's a bit prone to flare and I couldn't be bothered carrying the hood with me. So I had to embrace the flare to my advantage. 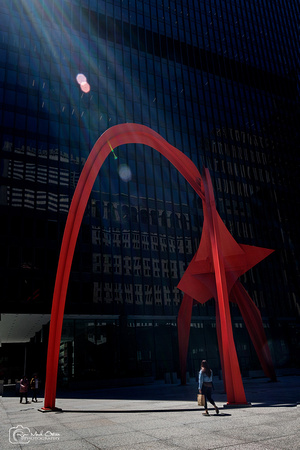 The other lens that I ended up using a lot for shooting interiors is the cheapo 7Artisans 7.5mm fisheye which I bought used last year for $100 AUD. It's just so fun to use and with the XS10's IBIS, I could really handhold the setup down to 1 sec or even 2 if I am leaning against a wall. 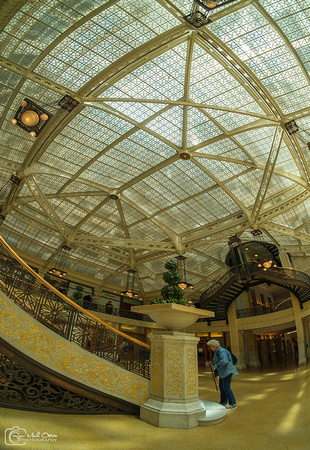 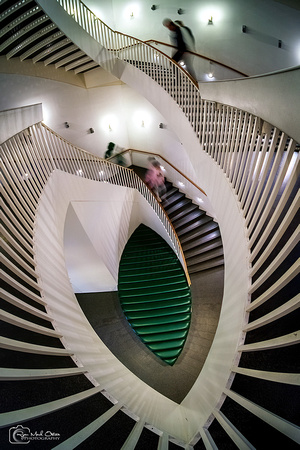 During this trip, I have taken a lot of indoor portraits of family and friends as well and the lens that I used the most in those occasions was the XF 35mm 1.4. I will not be including those images in this article unfortunately for privacy reasons but all I can say is I'm glad that I took the lens with me. It's pretty light and tiny in comparison to the full frame primes that I used before so it's a very handy lens to take in the travel bag. I could also use it to fill in the 25mm - 54mm gap in my setup.

So did I make the right decision to go with Fujifilm for this trip? Absolutely! There's a day in my trip where I was walking around the city exploring from 6am to 3pm and I never felt the weight on my shoulders. But same as every other gears, there's always something to complain about. To me, I find the EVF can be uncomfortable to use in comparison to the X-T2. Also I really don't like the fully articulating screen. I still prefer the tilt screen! But for the overall weight/bulk savings, I really could not fault the setup. If I was planning to shoot for astro, I would probably pack the Samyang 12mm f2 with me but not for this trip.

I believe I have a found a perfect travel kit for my needs!

I hope you will find this article useful for those who are still deciding to join the Fujifilm band or for those who who already own the X-S10 and aren't sure yet what lenses to add in their travel arsenal.

DISCLAIMER: I am not affiliated to Fujifilm nor getting paid for writing this article. I still shoot with my Canon gears and even still use an Olympus camera. Each system has a place in my bag! I just thought I'd share my experience travelling with only one Fuji Camera and 4 lenses.

All the images in this blog and in the Gallery are copyright protected. Please feel fee to contact me if you want to purchase or license any of my images.

Eddy Summers(non-registered)
Nice read and fab images Ryan, I enjoyed that very much, thanks for sharing.
I have yet to be put in a place of decision making like that, or to that degree. I often deal with gear choice and weight when doing exhausting bushwalks but nothing that really makes it so extreme that I can't revisit the next day with a different set up.
I am inspired however by the likes of Daniel Milnor who shot his vacation on just a 50mm prime (https://youtu.be/wUqgomAb5Qg). If I've learned anything from photography it's that everything is a compromise one way or another.
No comments posted.
Loading...
Subscribe
RSS
Recent Posts
A Week in Chicago with Fujifilm X-S10 The Streets of Sydney Through a Fisheye Lens A Practical Review of the Fringer Pro EF-FX adapter Misty and Foggy Landscapes Backyard Macro Photography
Keywords
fujifilm australia 7artisans 7.5mm f2.8 architecture candid creative fisheye handheld shots interiors motion blur
Archive
January February March April May June July August September October November December
© Ryan Mark Ostrea Photography
Powered by ZENFOLIO User Agreement
Cancel
Continue